'The Tohora and the Kauri Tree'

Mataki is an ancient forest in the Utakura Valley. Long ago Tohora and Kauri were brothers that walked around on the land. Tohara had a strong desire to go and live in the ocean, so Tohara told his brother Kauri he was going; before parting they exchanged gifts. Tohara gave Kauri his scales and told Kauri one day man will cut you down and turn you into a waka; the scales will keep you afloat. Kauri gave Tohara his oil and told him, it would keep him warm in the  Antartic ocean. Departing Tohara told Kauri that he would visit him every year. This is shown when Tohara migrates to the warmer waters to their breeding grounds. 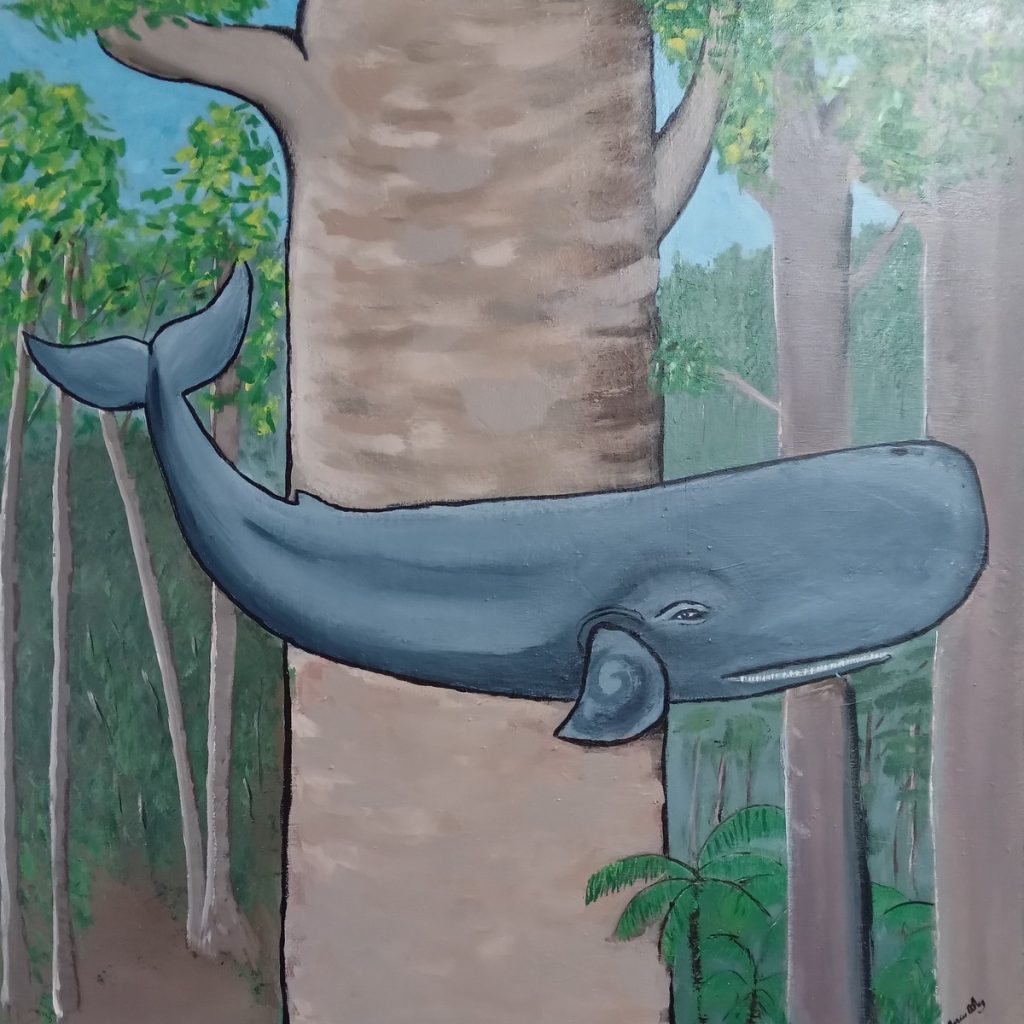